The Esplanade is a concierge-elevator building in East Cambridge overlooking the Charles River and Boston. Completed in 1989 and designed by architect Moshe Safdie, the Esplanade contains 206 units, many with water and skyline views. The distinctive design features two L-shaped towers sitting on a three-story base. The street address of the Esplanade is 75-83 Cambridge Parkway.

CLICK HERE to see units currently listed at the Esplanade.

MLS reports five two-bedroom unit sales at the Esplanade in 2016. I review these sales below.

In addition, MLS indicates that there are two one-bedroom units now under accepted offer at the Esplanade, both scheduled to close in December 2016: 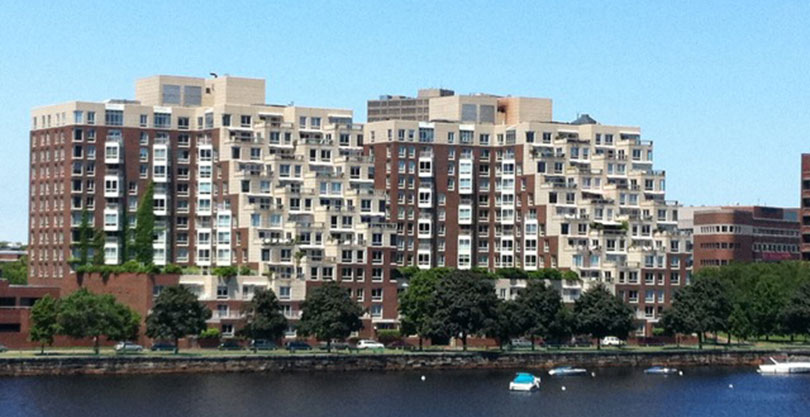 Here are the five two-bedroom sales at the Esplanade in 2016. All feature river views:

OBSERVATIONS on the two bedroom sales at the Esplanade in 2016:

In 2014, there were five sales at the Esplanade reported in MLS, with four 2-br units all under $1,600,000, and one 3-br sale for $2,200,000. Average sale price per square foot for these five sales $919. The trend over the last few years has been upward, in keeping with the overall upward trend in value in the market during this time.

I help buyers buy and sellers sell in Cambridge and Somerville, MA. Here to help you. Let's talk.

See frequently asked questions and my answers to them at AskCharlesCherney.com

Check out the Cambridge Somerville Buy Sell Report at CharlesCherneyBuySellReport.com