What are the neighborhoods
of Somerville, MA? 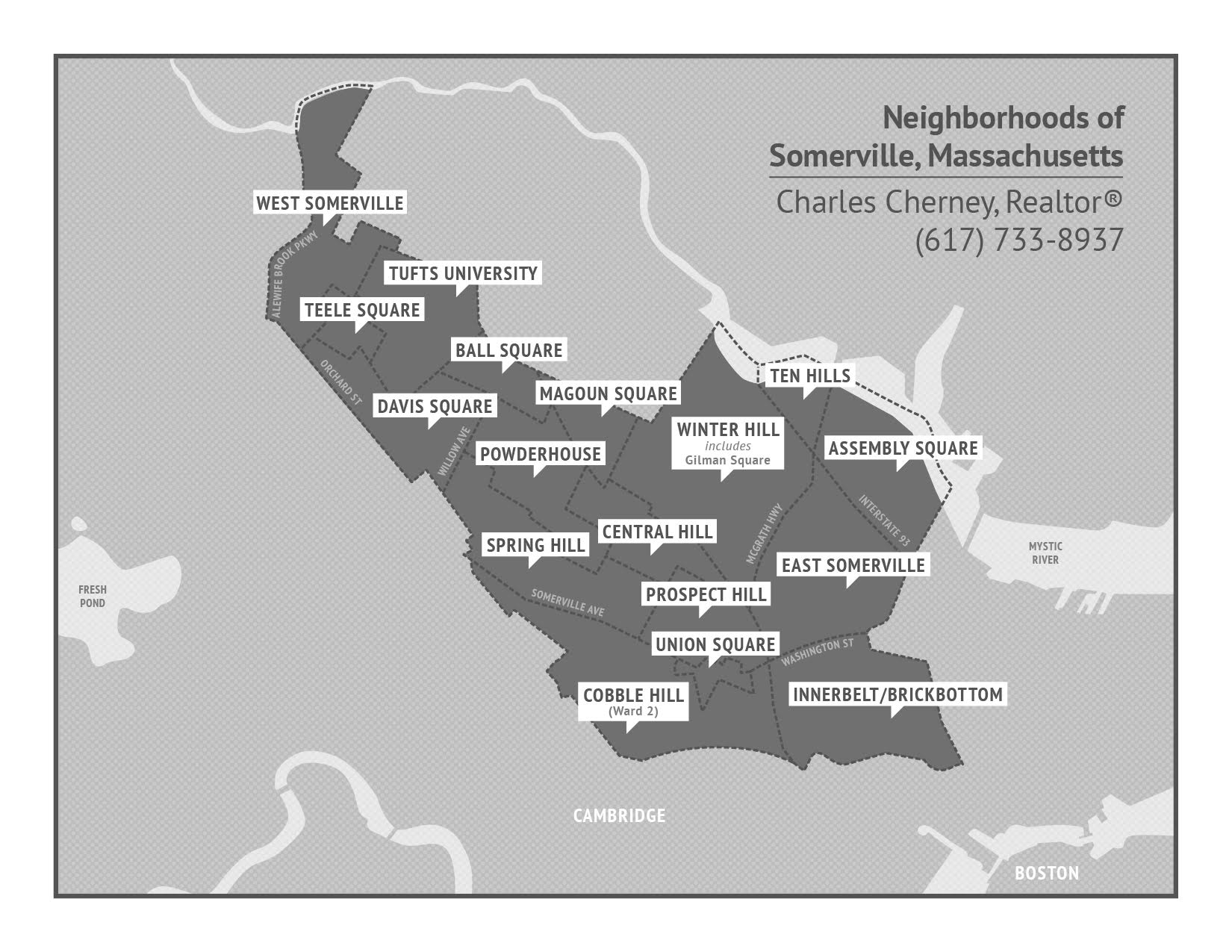 My list of neighborhoods for Somerville, Massachusetts includes the following:

Boundary lines for these neighborhoods is subject to debate, as are a few of the neighborhood names, such as Powderhouse. I get that. What is undeniable is that Somerville, like Cambridge, features an incredibly interesting collection of neighborhoods. There are not too many cities the size of Somerville that can lay claim to seventeen neighborhoods!

I have really enjoyed getting to know Somerville over the last twenty years. When the weather is nice, I like to explore the neighborhoods on my Vespa. Now that's a great way to see the city!

I help Buyers BUY and Sellers SELL in Cambridge and Somerville, MA. Here to help you. Let's talk.

Check out all editions of the Cambridge Somerville Buy Sell Report at CharlesCherneyBuySellReport.com