Our very own Laurie Cadigan was joined by over 200 supporters including 30 fellow Barrett and Company agents and staff, family, and colleagues at the Hyatt Regency Hotel in honor of her installation as 2011 President of the Massachusetts Association of Realtors.

This is the most recent highlight of Laurie's distinguished career in real estate. Her life is that of a true American dream where anything is possible and her beautiful acceptance speech touched everyone in the audience. Laurie inspires us everyday and we couldn't be prouder!

Laurie's story is the feature article in this month's Bay State Realtor Magazine:

MAR's incoming president, Laurie Cadigan, is hard to keep up with in every sense of the phrase. She's a diligent working REALTOR® and brokerowner whose passion for the business and the association is apparent in every move she makes. She's a dedicated volunteer, almost to a fault, who wants only to work hard on behalf of the association and represent, in her view, one of the best organizations in existence today.

Cadigan doesn't favor the leadership connotation of "president" and wants the membership to understand her role as something of an avatar, one who sees through another's eyes. "I take this oath to be your ambassador," she stated at her installation. She is eager to work on the members' behalf to improve the association, the industry, and homeownership rights.

Path to Success Cadigan, "a city kid" as she calls herself, was raised in Somerville. Her parents separated when she was a child, and her initial involvement in real estate began as a young girl experiencing the trials of rental housing in the city with her mom. "We lived in eight rental apartments in ten years," she explains, "and I witnessed discrimination at its finest watching my young, single-parent mother face a mountain of rejection trying to secure a rental on her own with a young daughter."

Her dad was also a strong influence when it came to the industry and entrepreneurialism. He opened his own welding shop in their home's garage. Cadigan explained that he also remodeled and renovated three-deckers, and she spent most of her life helping him.

But Cadigan's first career moves were not in real estate. She ventured to western Massachusetts to pursue a college degree from UMass Amherst and thereafter worked in marketing in high-tech. Although her career was thriving, she decided to move in a direction that would better accommodate her then young and growing family. Cadigan and her husband, John, have three children, and when the first was born, she thought she'd try her hand at real estate on a "part-time" basis so that she could spend more time at home.

The part-time only lasted for six months, but "I loved it," she exclaims, "and we all know there's no such thing as part-time real estate!" Cadigan had moved to Concord so that she could give her family a more suburban lifestyle, and she felt that her relocation helped her business in the early days of real estate. "I wasn't afraid to travel to the neighboring towns to sell a home, and I knew the neighborhoods," she stated.

Yet, given Cadigan's drive and ambition, part-time soon became more as she took the position of loan officer for DeWolfe and grew the department from five loan officers to 30 before leaving that department. By the time her third child arrived, she was manager of the Concord DeWolfe sales office and successfully ran that office for several years.

After years of management, Laurie hoped to return to sales and a little more flexibility to accommodate the family's schedule and eventually found herself at Barrett & Company in Concord. After a few years of selling for Barrett, company owner Jane Barrett presented Laurie with "an opportunity of a lifetime," she explains. Laurie was offered a partnership at the company. "Partnering affords you the free time you need for your family while following your career goals. Jane raised four kids as well. We found we could help each other through the partnership, and we made a good team," Cadigan explains.

In 2007, Barrett transferred full ownership of the firm to Cadigan after running the business for 30 years, although she still comes to the office daily to work in real estate. "I thank my mentor and friend Jane Barrett for giving me the opportunity of a lifetime to become a broker-owner of a prominent independent real estate company."

The Common Goal Cadigan believes that part of being a successful company owner is one's community involvement and industry involvement. "When I left a large company, I felt like my finger was not on the pulse of the industry and that I needed to be more involved to know what was going on." She began her community involvement in the Concord Chamber of Commerce and in the schools while her children were young.

Then, when a fellow Greater Boston Association of REALTORS® member talked about needing someone on the Finance Committee, she dove headfirst into association volunteerism. Cadigan served two terms as resident of the Greater Boston Association of REALTORS® in 2005 and 2006; was involved on several committees throughout the years; and for her tremendous volunteerism was named GBAR REALTOR® of the Year in 2007. Furthermore, Cadigan's local volunteerism and her impressive resume of involvement on the state association level earned her the MAR REALTORS® of the Year honors that same year.

Throughout Cadigan's career in real estate, she's had "a passion for elevating the image of this profession." She's made it her full-time career to be involved in the association, and as she looks to her presidency in 2011, one of her main goals is to engage more members in the organization.

A Mission to Connect Cadigan has experienced the benefits of involvement in the association and will work in 2011 to elevate member participation to a higher level. "Through my 23 years in the business," she states, "my commitment with this association at all levels has been so incredibly rewarding. All of us have the opportunity to be successful, to have our own company if we choose -- there are no glass ceilings," she says.

She strongly believes that the education, resources, and motivation that members receive from the local, state, and national associations keep REALTORS® focused, profitable, and connected. The association leadership will continue to bring new programs and services to the state association level for the members and will seek help in spreading the word on these programs through its membership.

Cadigan will extend the work she began in 2010 to gain 100% participation in the Broker Involvement Program, a system for broker-owners to alert their agents to key REALTOR® issues through NAR Calls for Action. She traveled to many broker offices last year and will continue the outreach to inform brokers on the benefits of the program. One of the key attributes of the REALTOR® association is the lobbying efforts on behalf of the industry and private property rights. REALTOR® activism is essential to the success of those lobbying efforts.

Cadigan is looking for members to help spread the word on the many attributes of REALTOR® membership and to continue supporting the main priorities of the MAR leadership. "I understand my priority," Cadigan concludes, "it has always been this association's priority, and will continue to be -- it's all about the members."

In my search to buy, do I need a buyer's agent?

What is the best time of year to list my property for sale? 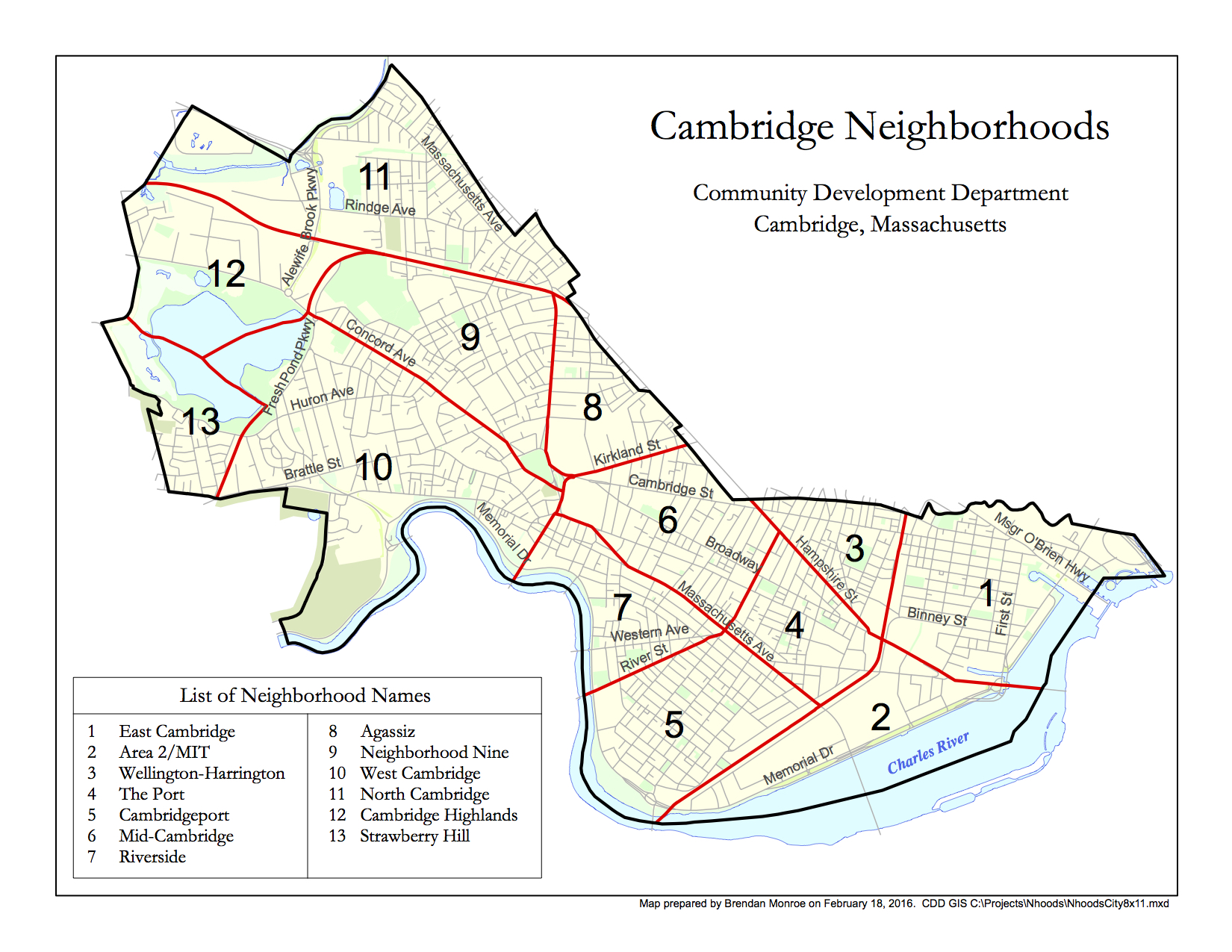 What are the neighborhoods of Cambridge, MA?

What is the down payment?